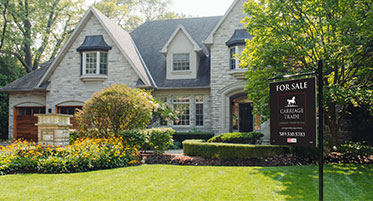 “For a second year in a row, luxury condos in Toronto and Montreal have made significant gains in price appreciation and we expect this trend to continue through 2019, however, at a more modest pace in Toronto,” said Kevin Somers, Chief Operating Officer, Royal LePage Real Estate Services Limited.

Across Canada’s five largest cities, Greater Vancouver was the only city to post a decline in median luxury home prices. The number of luxury houses trading hands declined over the past two years, a trend that initially began with the introduction of measures to cool the city’s real estate market in 2016. Luxury home values have dipped but remain remarkably steady as many Vancouverites refuse to sell at what they perceive as a discount. Exasperating soft demand, Chinese nationals, an important luxury buyer demographic, have seen restrictions placed on their ability to transfer wealth to Canada.

“Compared to last year, we are expecting an increase in luxury sales activity in both Greater Vancouver and the Greater Toronto Area,” said Somers. “Price reductions and increased selection in Greater Vancouver are expected to stimulate the luxury property market while an expected return to more normal activity in the Greater Toronto Area will be a marked improvement over last year’s spring market.”

“While the typical luxury buyer in Ottawa is usually a local buyer who will live in the property, there is a strong sentiment among buyers that Ottawa’s luxury home market is a sound financial investment,” said Charles Sezlik, sales representative, Royal LePage Team Realty. “The local economy is doing well, spurred by our booming technology sector, which is creating both wealth and jobs in the region. In addition to a growing buyer demographic, Ottawa’s luxury home market is benefitting from healthy consumer confidence.”

“The lower end of the luxury market is very competitive. A good listing in a good location will not stay on the market long,” said Sezlik. “Luxury properties priced over 2 million had a slower start at the beginning of 2018 but demand quickened in the second half of the year. We are seeing this demand continue through the start of 2019 and expect another year of healthy sales and price appreciation.”

Average home price down by 5.5% in the past year – CREA 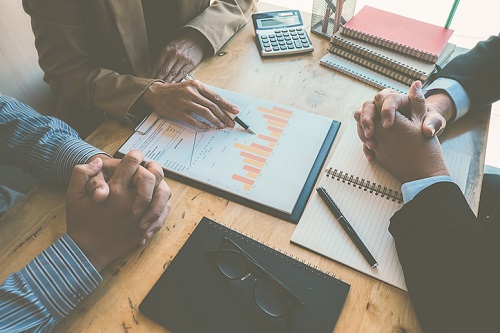 The average home price has dropped by 5.5% to $455,000 over the past 12 months, the Canadian Real Estate Association (CREA) said on Friday, according to a CBC report.

Prices have plunged in many markets, although CREA said that the average price figure can be misleading because hot markets in Toronto and Vancouver skew it higher than it would be otherwise.

A better gauge of the market, according to CREA, is the home price index (HPI), a number it calculates by adjusting for the size of different housing markets and home types. That figure rose by only 0.8% last year.

In Greater Vancouver, the HPI fell by almost 5% last year, and it is down by almost as much in Calgary, Edmonton, Regina and Saskatoon.

Prices increased in some other markets last year: by more than 9% on Vancouver Island and by 7% in Ottawa, Guelph, Ont., and the Niagara Region area.

Meanwhile, the national home sales rose 3.6% in January from the previous month, but this figure was still below the level seen in January of last year. CREA said 23,968 properties were sold through the Multiple Listing

“I would like to congratulate those honored in the 2019 Swanepoel Power 200. I am grateful to be recognized again this year among the highest echelon of the real estate brokerage industry,” said Phil Soper. “Every leader knows that exactly zero is achieved alone. I am exceptionally proud of my team who continue to elevate the company and the Canadian real estate industry overall through their passion for the business and relentless desire to do more and to do better.”

Soper and his team have advanced Bridgemarq companies to the forefront of North America’s highly competitive real estate industry since he joined Royal LePage as president in 2002. In 2016, he became the first Canadian to receive the Real Estate Leadership Award at the U.S. National Realtor Expo as “an industry visionary who embraces innovation and blazes new paths.” Real Estate Marketing magazine declared him one the 25 most important leaders of the past 25 years and in 2015, Soper was honored as “CEO of the Year” by the Canadian Public Relations Society, a first for a real estate industry executive.

Bridgemarq Real Estate Services has grown to include some 20,000 Realtors selling $100 billion worth of real estate. The company’s charitable arm, the Royal LePage Shelter Foundation, is the nation’s largest foundation focused on eradicating domestic violence and supporting the women and children who fall victim to it.

Prior to his real estate career, Phil Soper was an executive with technology giant IBM where he held national and global leadership roles. He is a graduate of the University of Alberta School of Business, and the University of Western Ontario’s Ivey Executive Program.

Bridgemarq Real Estate Services is an affiliate of Brookfield Business Partners, a business services and industrials company focused on owning and operating high-quality businesses that benefit from barriers to entry and/or low production costs. Brookfield Business Partners is listed on the New York and Toronto stock exchanges. Further information is available at bbu.brookfield.com.

The REALTOR® community’s national donation and fundraising total on growing.

We are proud to announce REALTORS® have reported donating and raising a whopping $131.3 million for a wide variety of charities and causes from 2012 through 2017. Thanks to the REALTORS®, brokerages, franchisors, boards, associations and affiliated charitable organizations who shared giving information from 2017 with us late last year in support of our efforts to quantify the generosity of our membership.

Of course, REALTORS® give back in many ways beyond financial support as well, including volunteering and raising awareness of important needs in their communities. For evidence of this fact, look no further than the 15 nominees for the Canadian REALTORS Care® Award 2019 Proudly Presented by REALTOR.ca, who introduced on the CREA Café earlier this week.

This year’s nominees hail from communities from coast to coast and are examples of REALTORS®who are deeply committed to charities and causes close to their hearts. The names of these outstanding REALTORS® were put forward by friends and colleagues in recognition of their charitable achievements last year and beyond. Watch for the announcement of our 2019 winner in April at which point CREA will share their inspiring story and donate $5,000 to their charity of choice.

The generosity of the REALTOR® community is undeniable and truly inspiring. Here’s to another year of making a difference. 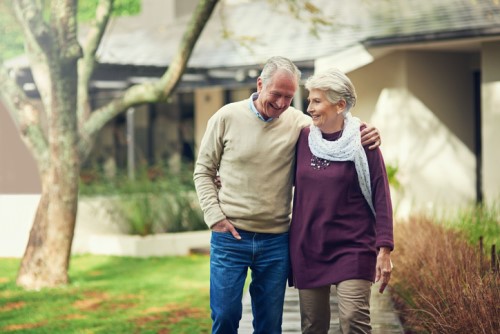 With seniors slated to comprise nearly a quarter of Canada’s population by 2030, real estate that caters to their needs is being touted as one of the most investment-friendly sectors this year.

“The sector should be able to generate significant growth no matter how interest rates evolve, so we’re putting more emphasis on senior living at this point,” he said, referring to a report Echelon released last month.

The report, The Ultimate All-Weather Investment: Canadian Senior Living Real Estate, differentiates between long-term care, which is the purview of governmental agencies, and senior housing, which requires private funds.

“The appetite from investors for senior living spaces remain strong,” said Blondeau. “The sector will be subject to strong inflows from investors wanting to put their money in the space.”

Echelon Wealth Partners reckons that times are turbulent and, in particular, it is worried about the global macroeconomic outlook. However, according to Blondeau, irrespective of whether the economic environment remains stable or becomes more unstable, senior living spaces will be unaffected.

“Especially in Canada’s strongest markets, like Toronto and B.C.,” he said. “We also feel like the market will continue to see strong activity and development of products. The sector will be subject to major capital investments, too, so it will remain a very vibrant sector no matter what happens with both the global and Canadian economies.”

David Stroller, vice president of marketing at Mysense.ai, an analytics platform that monitors health and behavioural patterns in individuals, expects substantial investment in the senior living sector over the coming decade. For proof, he points to hospitals.

“As population ages, we run into capacity issues within hospitals, so there will be a huge priority in keeping older adults living at home longer,” said Stroller. “There is need for residences designed to support and help older adults remain independent longer.”

That need is already manifesting in through-the-roof demand for monitoring devices for fall detection and wandering.

“Scarcity will be a major issue in the senior living sector,” said Stroller. “When you can find an industry that’s growing, you want to attach yourself to it, and this is one of those industries because we see an increase in consumer demand, an increase on the business side with suppliers and technology, and that should be met with an increase in supply.” 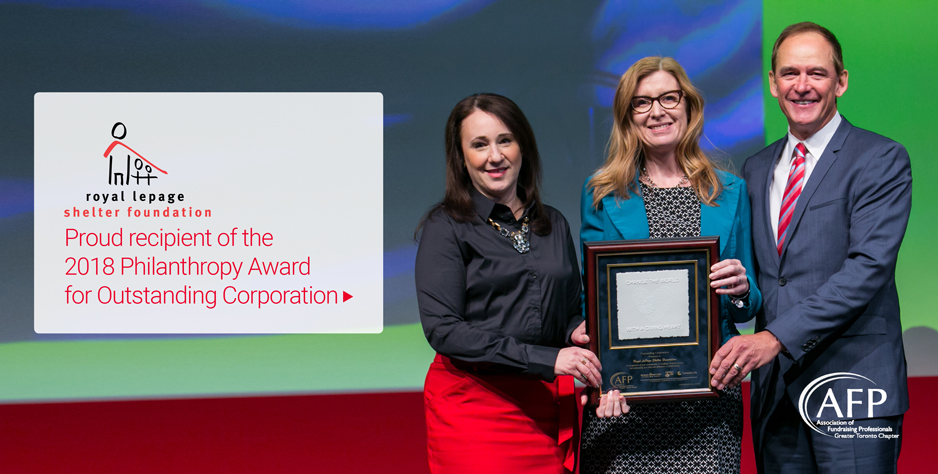 Giving back to the communities where we live and work

Buying and selling homes isn't what we do...it's who we are 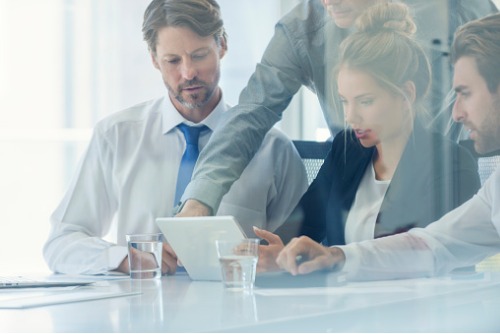 The biggest real estate stories of 2018 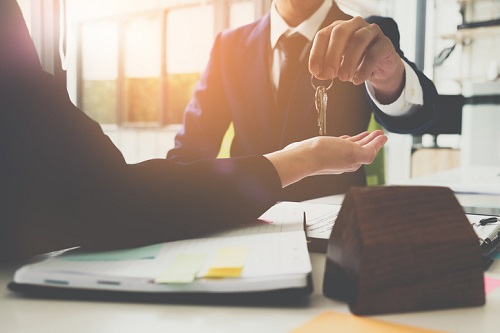 Canadian real estate has been red-hot in recent years, and it’s for that reason that nobody can argue 2018 has been an uneventful year.

The biggest story of the year has been the Office of the Superintendent of Financial Institutions’ Guideline B-20 that stress tests new mortgage originations 200 basis points. However, should borrowers want to shop around their existing mortgage for a better rate, they too will be subjected to the stress test, effectively handcuffing them to their current lender. 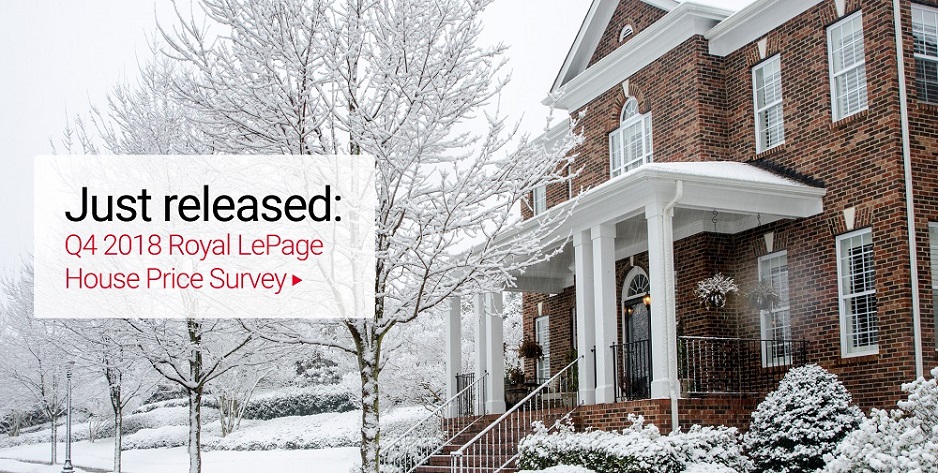 Learn about insights and trends in the largest Canadian markets

Should you have a real estate partner?

Mary Ann Keary, a broker at Royal LePage ProAlliance Realty Brokerage in Brockville, Ont., partnered in real estate with her husband, Rodney Keary, in 1996. “Working together as a partnership is like learning how to dance. Once you know how each other thinks, you dance together beautifully and don’t step on each other’s toes,” she says. “We make it look when really it’s a lot of work. Partnering up with my spouse has been a great experience for me and I wouldn’t want to work alone anymore. Clients are receptive to either of us assisting them. The downside is trying to get time off together. Technology has made that easier and even when we are on vacation, we are still taking care of our clients.”

But Keary adds, “When people partner up, I think one always feels like they work harder than the other and I think compensation can be the demise of many partnerships.”